we predicted it years ago -

Congress has already introduced 13 new vaccine-related bills in 2021, of which 11 were sponsored by democrats. They’ve even introduced a new “maternal vaccinations act,” and want to roll out a campaign to push expanding HPV vaccinations. Under the guise of “protecting seniors,” they want to further inform seniors to get the dozen immunizations they recommend for adult populations. While pushing them on seniors, they were certain to include an “Act” to be sure all of the children have access to vaccines as well. There is one bill that includes providing information on the benefits and potential side effects for each immunization, to nursing facility operators, which could be beneficial. One bill that could be very important is the ‘vaccine injury compensation modernization act,’ but we have no way of knowing, as they have neglected to publish the text or summary on it as of yet, despite being introduced over 3 weeks ago.
Click to expand...

Medicare has a good way of tracking seniors, I am sure. 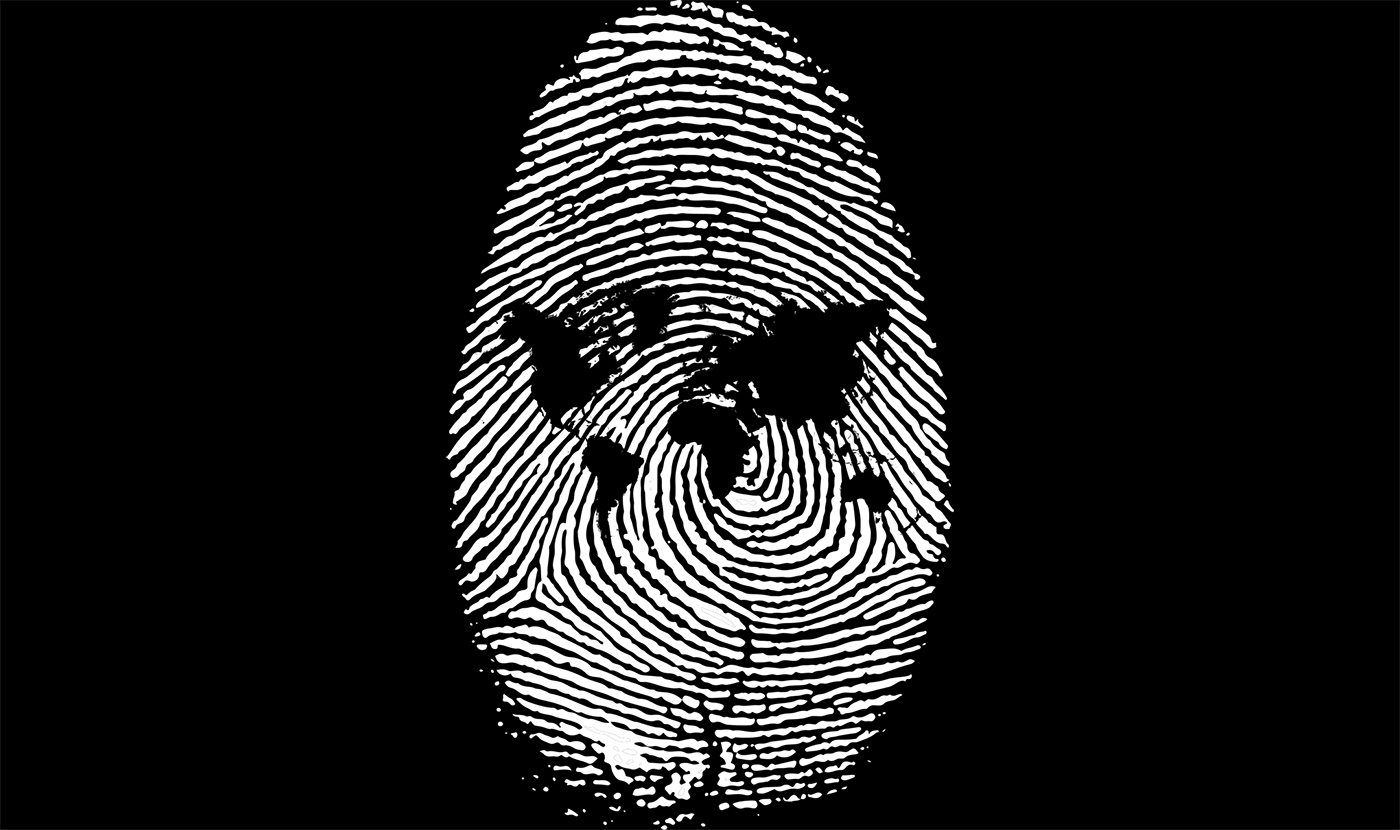 The Global Landscape on Vaccine ID Passports and Where It's Headed: Part 1 | coreysdigs.com

Roadmap to Vaccine ID Passport bans and legislation. Part 1 of a series that will break down players, where digital identity is headed & more!

When you ask why I won’t wear a mask and say - “It’s just a mask.”
.....”It's just a mask" can turn into "it's just a vaccine" very quickly. And it will, you can bet your bottom dollar on that!
In less than 5 months, our government has successfully divided the country into "obedient mask wearers" versus "selfish people that refuse to wear masks.”
"It's just a mask, you guys.” It's for "the greater good!”
Where have we heard this phrase before?
In less than 5 months, our government has dictated what events are acceptable versus unacceptable to attend. Riots are OK, but church and family funerals are not. Standing in a graduation line is a "safety hazard,” but feel free to line up at WalMart, Lowes, and Home Depot.
But it's "just a mask" & "safety precautions,” you guys.
In less than 5 months, our government successfully facilitated the closing of family-owned businesses while granting authority to large corporations that they have invested interests in.
It's "just a mask" and "safety precautions" you guys. Oh & here's a measly $1200 that we stole from you in the first place. Enjoy!
In less than 5 months, our government was able to successfully sway the population into believing that a CASHLESS SOCIETY is a good thing! In the name of a government sponsored virus.
In less than 5 months, our government closed down public schools, and has "restructured" school moving forward under the guise of "public safety" from a "virus.” These same schools fed children crap per the corrupt USDA food pyramid. But "health" matters when it comes to a government sponsored virus
It's "just a mask" & "heightened safety precautions,” you guys.
In less than 5 months, our government demonstrated how easily people assimilate to "guidelines" (that have NO scientific premise whatsoever) when they are fearful.
What was up with all that toilet paper?
It's "just a mask" & "6 foot social distancing,” you guys. Oh, and dooky paper.
In less than 5 months, our government has successfully instilled fear in a majority of the population in America.
But citizens are not "afraid" of the people in power who are responsible for the removal of their "freedoms.” Instead, they're fearful of their neighbors and family, human touch, and air. Government created division.
There are thousands of viruses that could affect the population, but these viruses do not matter because MSM didn't say they do.
It's absolutely terrifying to me that so many people do not question authority because they see that authority as "all knowing." It's even more terrifying that these same people rely on corrupt "leaders" to be led, thus lacking all critical thinking skills/independence.
Slaves to the system that keeps them oppressed.
How quickly history is forgotten and repeated!
What's most problematic to me about all of this is that the people who are wearing masks "for the greater good" will be the first to sign up for this shiny new vaccine that's had 0 longitudinal safety tests against an inert placebo.
What's more problematic to me is that this Vaccine MAY be the deciding factor in life moving forward.
You thought a mask was inconvenient? Wait until you're told that you cannot enter a store without proof of the Covid-19 vaccine. Wait until you cannot go to public events, or travel, without proof of having received this vaccine.
To everyone that doesn't believe this is possible - do you understand that our government just successfully dictated to people WHEN they were allowed to be outside, where they were allowed to go, and how their children would be educated, in less than 5 months? And that a majority of the population followed blindly because they were told to do so.
You're kidding yourself if you believe that they're not going to repeat this behavior with a vaccine.
If people have not protested the occurrences in America over the last 5 months, they will assuredly continue to abide by unsubstantiated "guidelines" that will include a vaccine.
It’s not about a mask, it’s about CONTROL.
Click to expand...

And it has turned into, "it is just a vaccine", very quickly.
E

Joined Jul 23, 2007
·
5,001 Posts
yup and MSM is going to perpetuate this as much as they can to further the division - todays headline in the paper

this is happening NOW...no proof? ----->YOU GO TO THE BACK OF THE CONCERT HALL
E

emmy526 said:
yup and MSM is going to perpetuate this as much as they can to further the division - todays headline in the paper

Gross. I’m not vaccinated and I don’t expect anyone to mask up for me. The divide and conquer setup is blatantly obvious. Divide the people in the good, smart, vaccinated group versus the anti science, dumb, non vaccinated and set up to hate the unvaccinated. It’s scary really.

Dr. Ezekiel J. Emanuel, a professor of bioethics and health policy at the University of Pennsylvania, said it was unlikely that the United States could make significant strides in its vaccination campaign without mandates.

“I like to say a mandate is legal, ethical and efficacious,” he said. “Ultimately, workplaces are probably going to have to.”
Click to expand...

There are discussions as to going door-to-door to push the agenda.

applejuice said:
And this -

There are discussions as to going door-to-door to push the agenda.

I saw this. I suspect they’re targeting poorer neighborhoods from the sounds of it. It also enforces my rule to never open the door unless I’m expecting a friend / family.

I suspect they’re targeting poorer neighborhoods from the sounds of it. It also enforces my rule to never open the door unless I’m expecting a friend / family.
Click to expand...

Furthermore, I suspect crews of vaccinating PHC personnel would have problems getting past gated homes, communities, or even security detail.

I have read that the adult vaccination rates in WV and MS are low; these states have laws that mandate vaccines for school children.

I imagine some vaccine hesitant persons may know about their civil rights including the rights in the second and fourth amendments.
D

Furthermore, I suspect crews of vaccinating PHC personnel would have problems getting past gated homes, communities, or even security detail.

I have read that the adult vaccination rates in WV and MS are low; these states have laws that mandate vaccines for school children.

I imagine some vaccine hesitant persons may know about their civil rights including the rights in the second and fourth amendments.
Click to expand...

Yes, poverty results in a variety of illnesses. Poor people, for example, tend to work at more dangerous jobs in contaminated settings. Ditto for housing. As a solution, vax everyone is a way of avoiding dealing with the real causes of illness.
D

NuclearEnvironmentalist said:
Or you could address the points I actually made, but it's not like honesty is something anti-vaxers are known for. The point I made was that the lack of adult vaccines in those states is part of a broader issue of a lack of access to affordable healthcare in poor areas. And don't insult my intelligence by claiming you're "team vax choice" when you lot do nothing but criticize those who are responsible enough to protect their kids.
Click to expand...

Thanks for sharing your opinions.
D

Deborah said:
Yes, poverty results in a variety of illnesses. Poor people, for example, tend to work at more dangerous jobs in contaminated settings. Ditto for housing. As a solution, vax everyone is a way of avoiding dealing with the real causes of illness.
Click to expand...

The leading toxic stressors (identified in this study as contributing to COVID-19) are pervasive, contributing to myriad chronic diseases as well as immune system degradation. They increase the likelihood for comorbidities and mortality associated with COVID-19. For the short-term, tactical/reactive virology-focused treatments are of higher priority than strategic/proactive toxicology-focused treatments, although both could be implemented in parallel to reinforce each other. However, for long-term pandemic prevention, toxicology-based approaches should be given higher priority than virology-based approaches. Since current COVID-19 treatments globally ignore the toxicology component almost completely, only limited benefits can be expected from these treatments.
Click to expand...

NuclearEnvironmentalist said:
While it is true that certain environmental stressors, including air pollution, can worsen overall health outcomes, they're far from the full story here. Biology, and nature, isn't that simple. Yes, it does disadvantage people and cause harms in their own right, but people in pristine environments aren't 100% safe from the virus. Winter still happens with Global Warming, but as we've seen, extremes are far more likely in one direction.
Click to expand...

Thanks for an excellent and thoughtful response. Much appreciated.
D

NuclearEnvironmentalist said:
It was certainly more thoughtful than you calling me a liar when I mentioned a few of my coworkers had lost family to COVID.
Click to expand...

Please quote the post where I called you a liar. I'm pretty sure that if it happened at all, it was someone else.
D

NuclearEnvironmentalist said:
And I'm absolutely certain I know exactly who I'm responding to. You said you would draw the line through everything in a comment that was either an "opinion" or an "insult." Correctly stating that my coworkers lost family to COVID, a disease we can now safely prevent, is neither an "opinion" nor an "insult." You said, and I quote, "no evidence, no science, no facts." What exactly is the opposite of a fact in whatever passes for your mind? Your refusal to take responsibility for calling me a liar doesn't mean it didn't happen. View attachment 130523
Click to expand...

Got it. Thanks for the explanation. I thought you meant I had actually used the terminology: "you are a liar" which I had not. Extrapolation. Fine with me.
D

Tweedledee said:
WHO THE F*** DOES JOE BIDEN THINK HE IS !!!

Maybe Joe thinks he is a tool of WHO? (joke)

yeah... a rusty old thing that needs to be put out to pasture
D